About PR Management and Panera

PR Management Corp. was founded by David Peterman and Mitch Roberts in 1997. The company was formed with the intended purpose of creating the best restaurant organization in New England. The Company plans to continue its expansion of the Panera Bread concept into New Hampshire and Maine, as well as the northern and western portions of Massachusetts. In addition, they are actively looking for new restaurant concepts in which to expand. 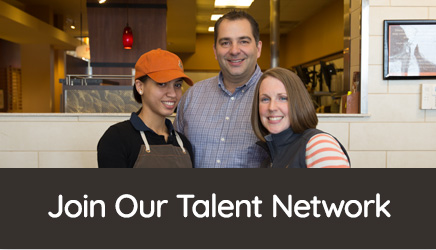 FIND OUT MORE
Shift Supervisor - Brockton
1301 Belmont Street, Brockton, MA
Position Summary: WHAT YOU'LL DOProvide the highest-quality customer service to our guestsMaintain a comprehensive knowledge of - and enthusiasm for - the items on our menuSuccessfully work …

FIND OUT MORE
Food Service Associates - Pay up to $16/hr - Auburn
759 Turner Street, Auburn, ME
Position Summary: WHAT YOU'LL DOProvide the highest-quality customer service to our guestsSuccessfully work as a key part of a dynamic teamFollow the direction of your supervisorsMaintain safety …